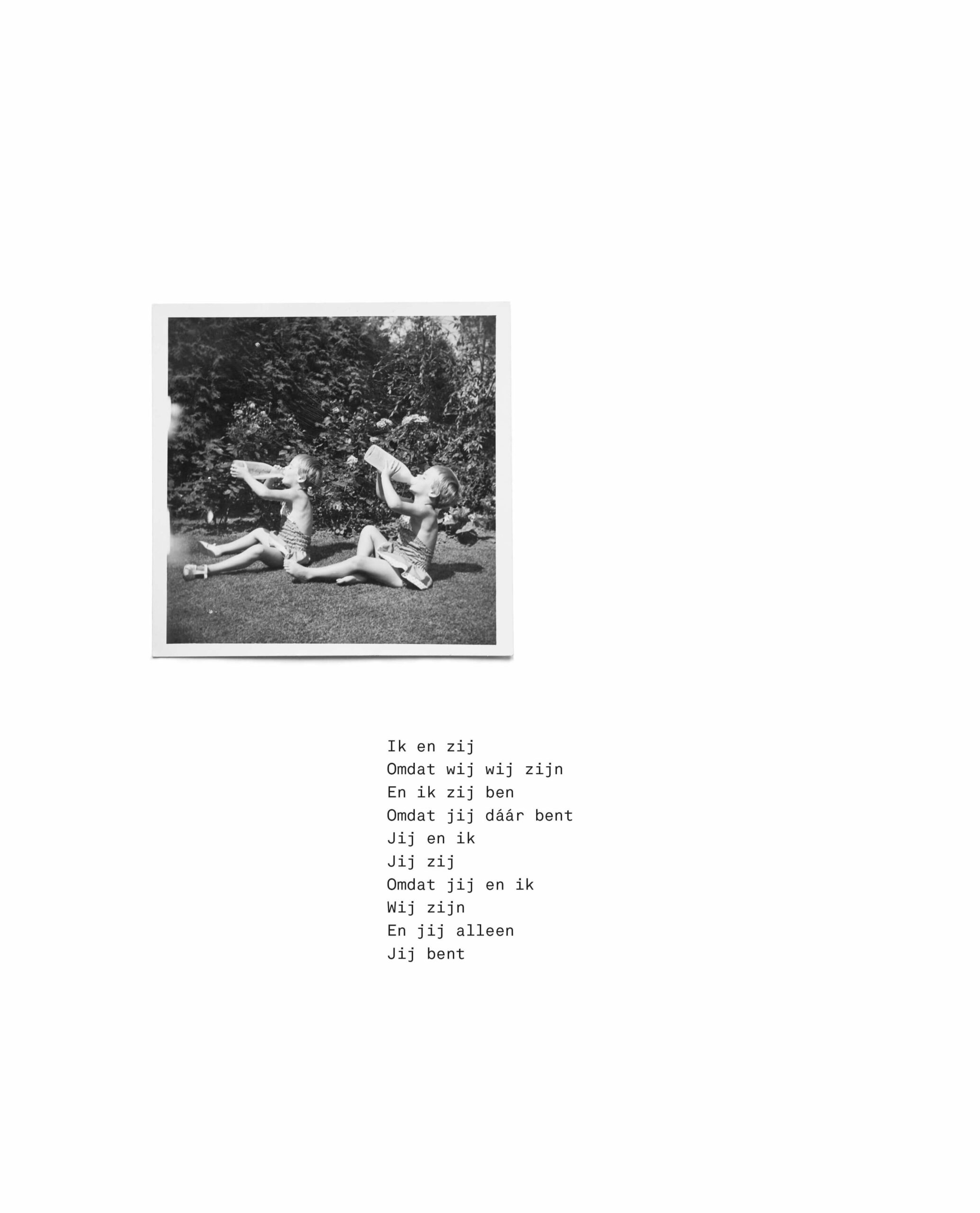 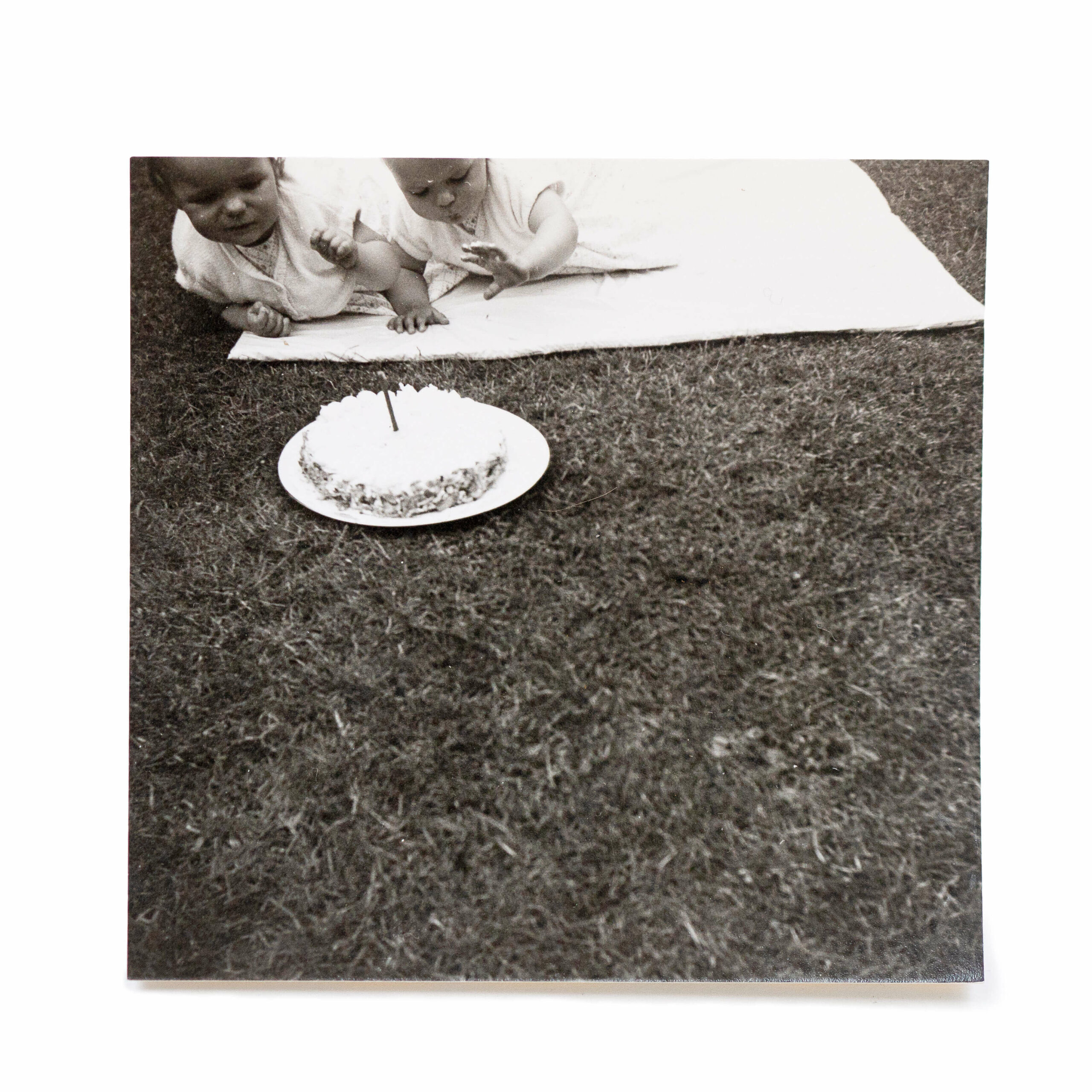 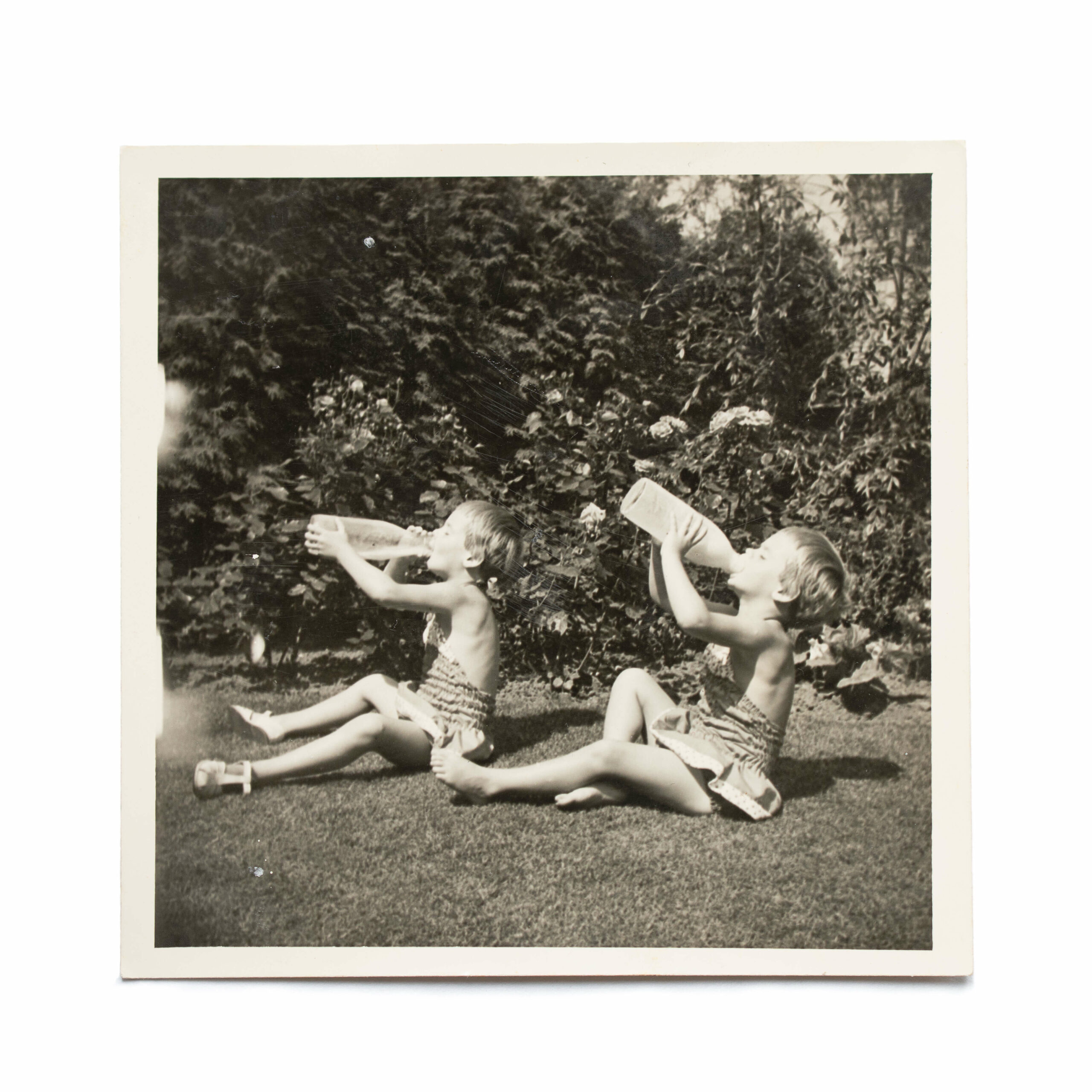 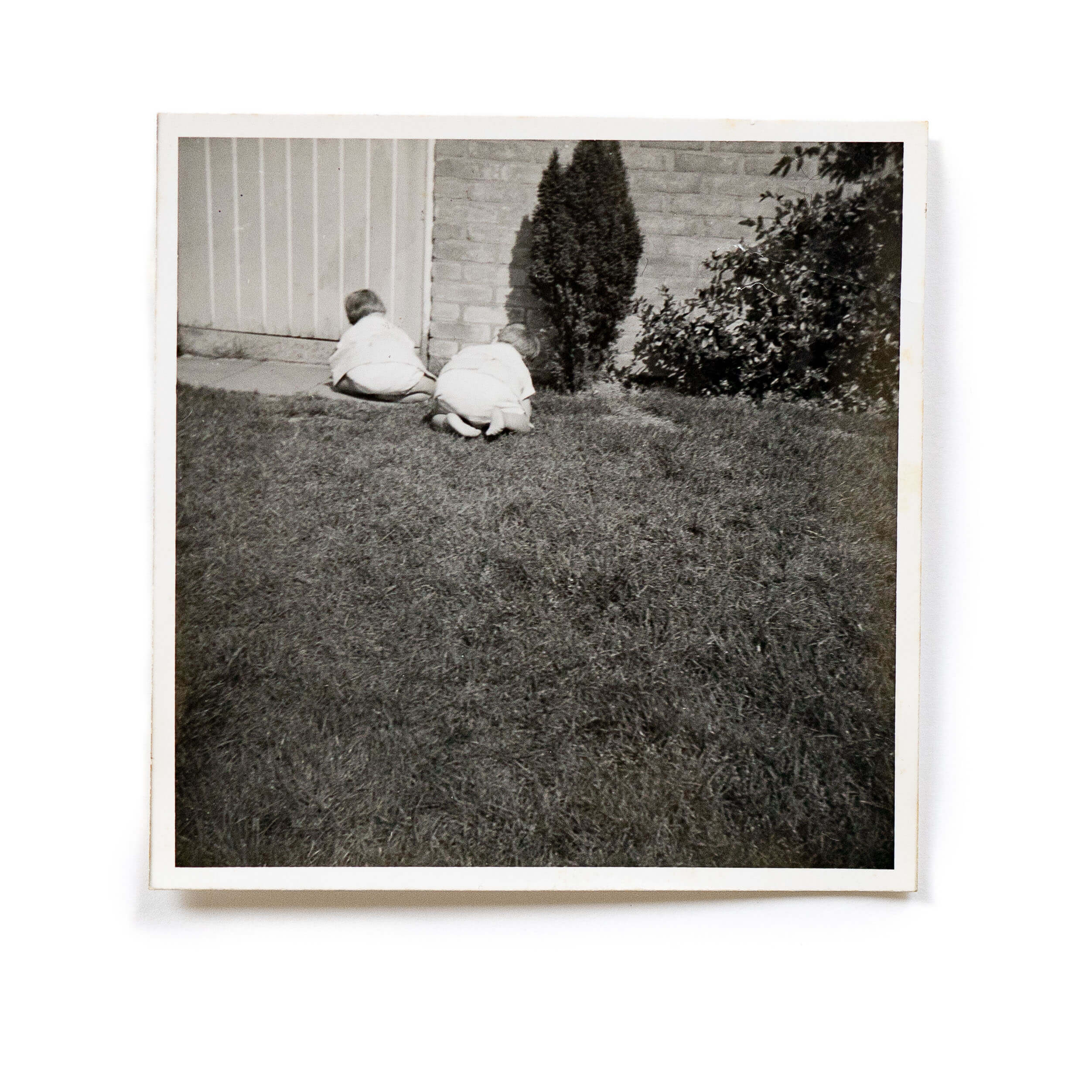 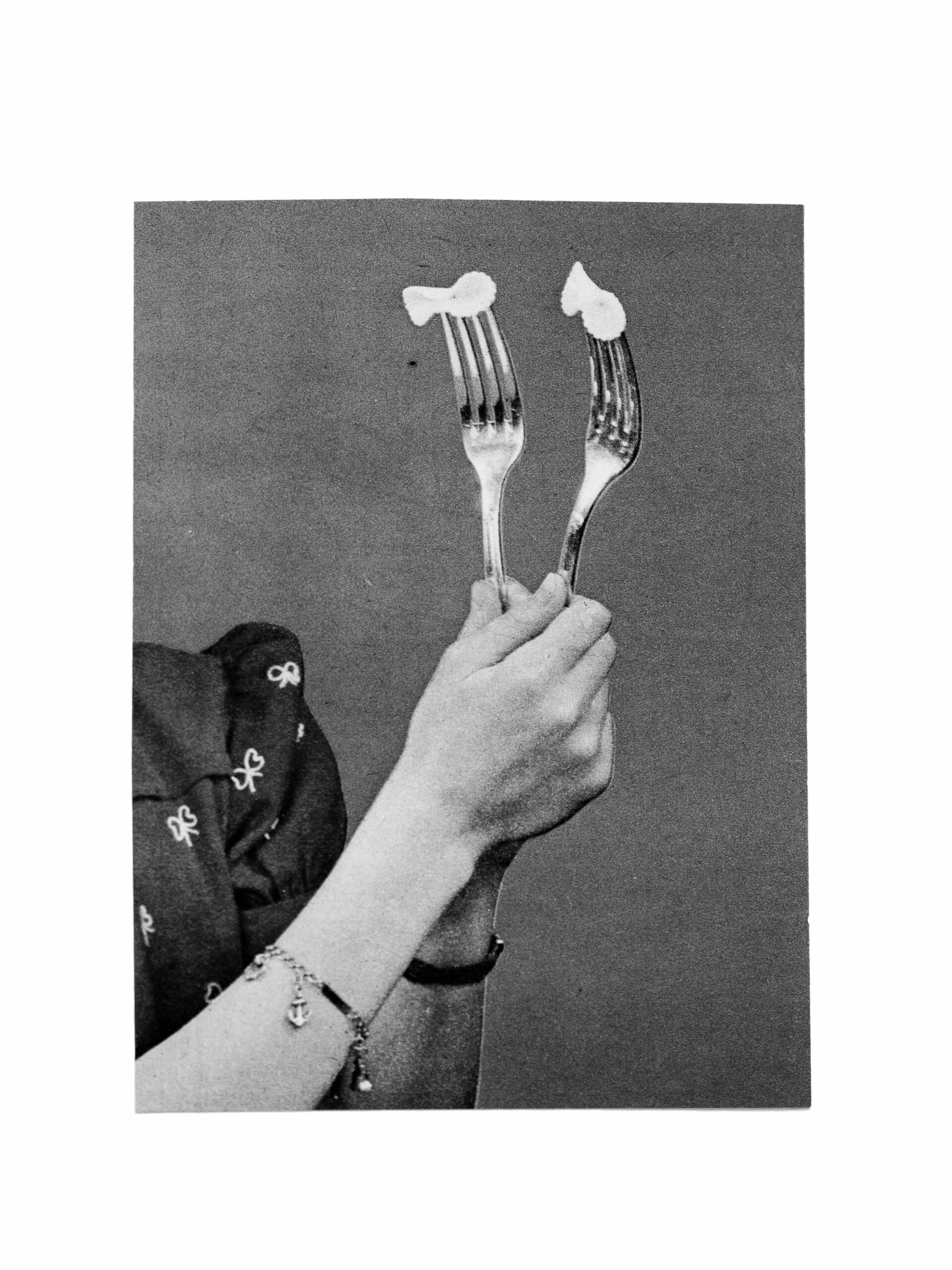 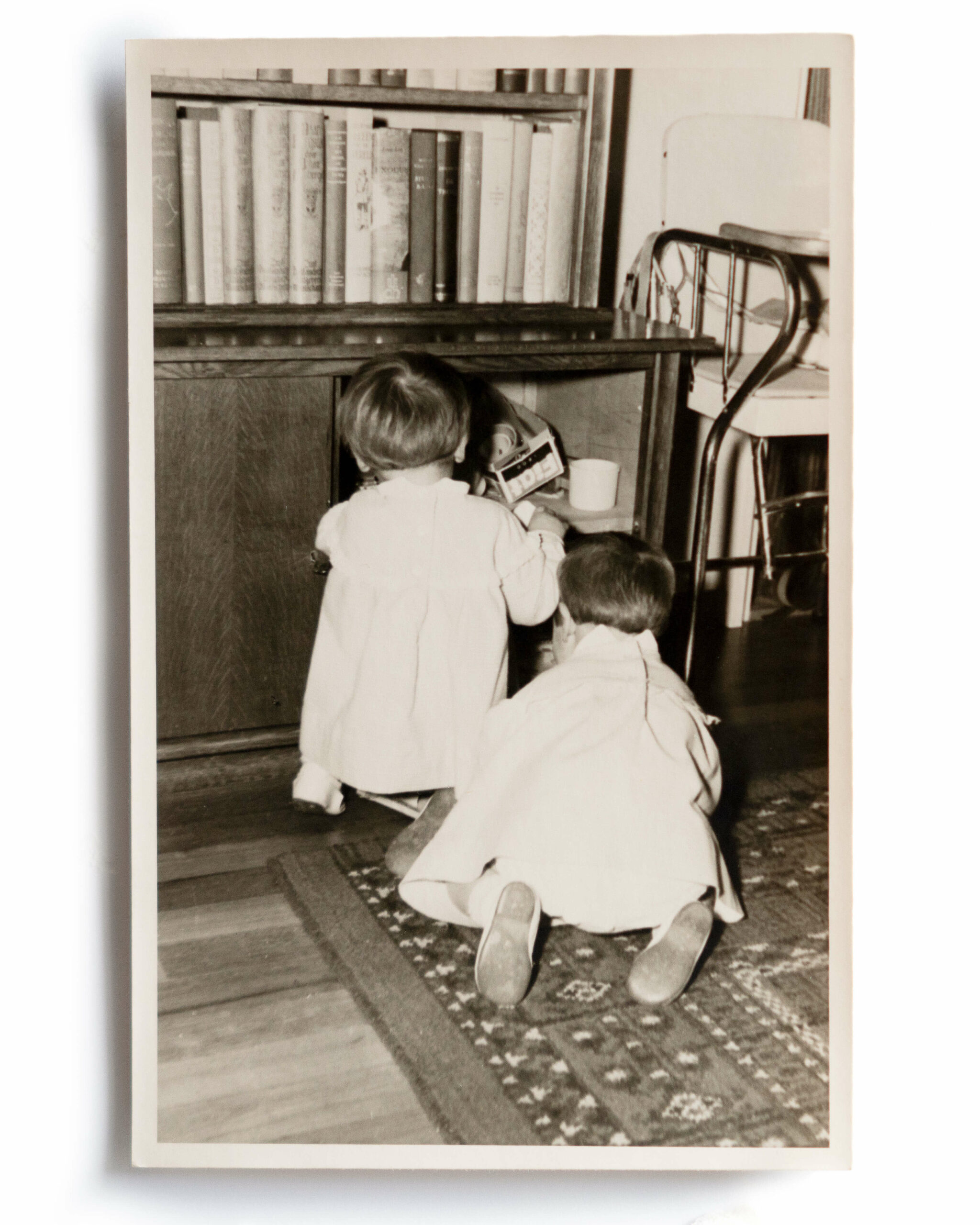 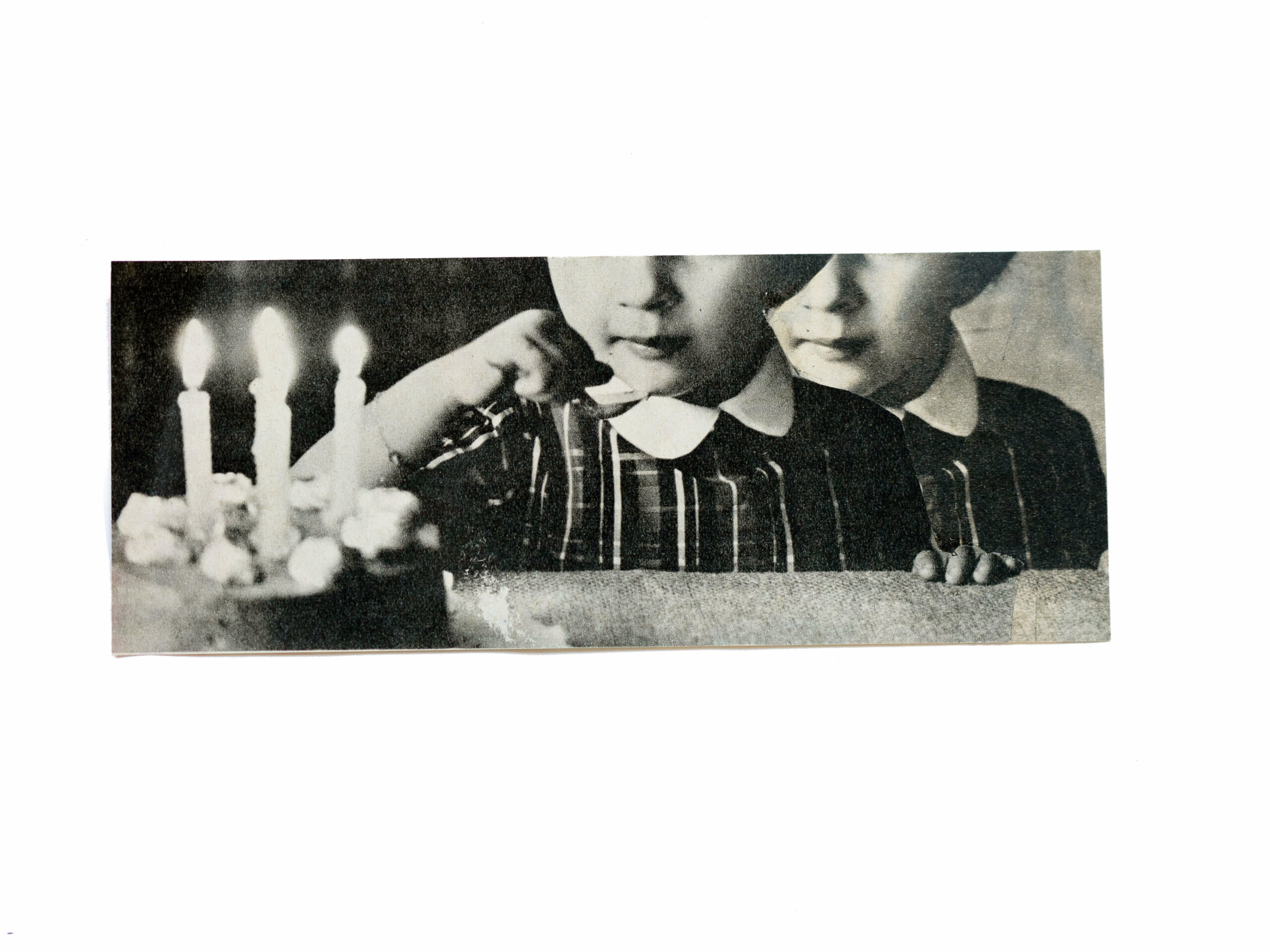 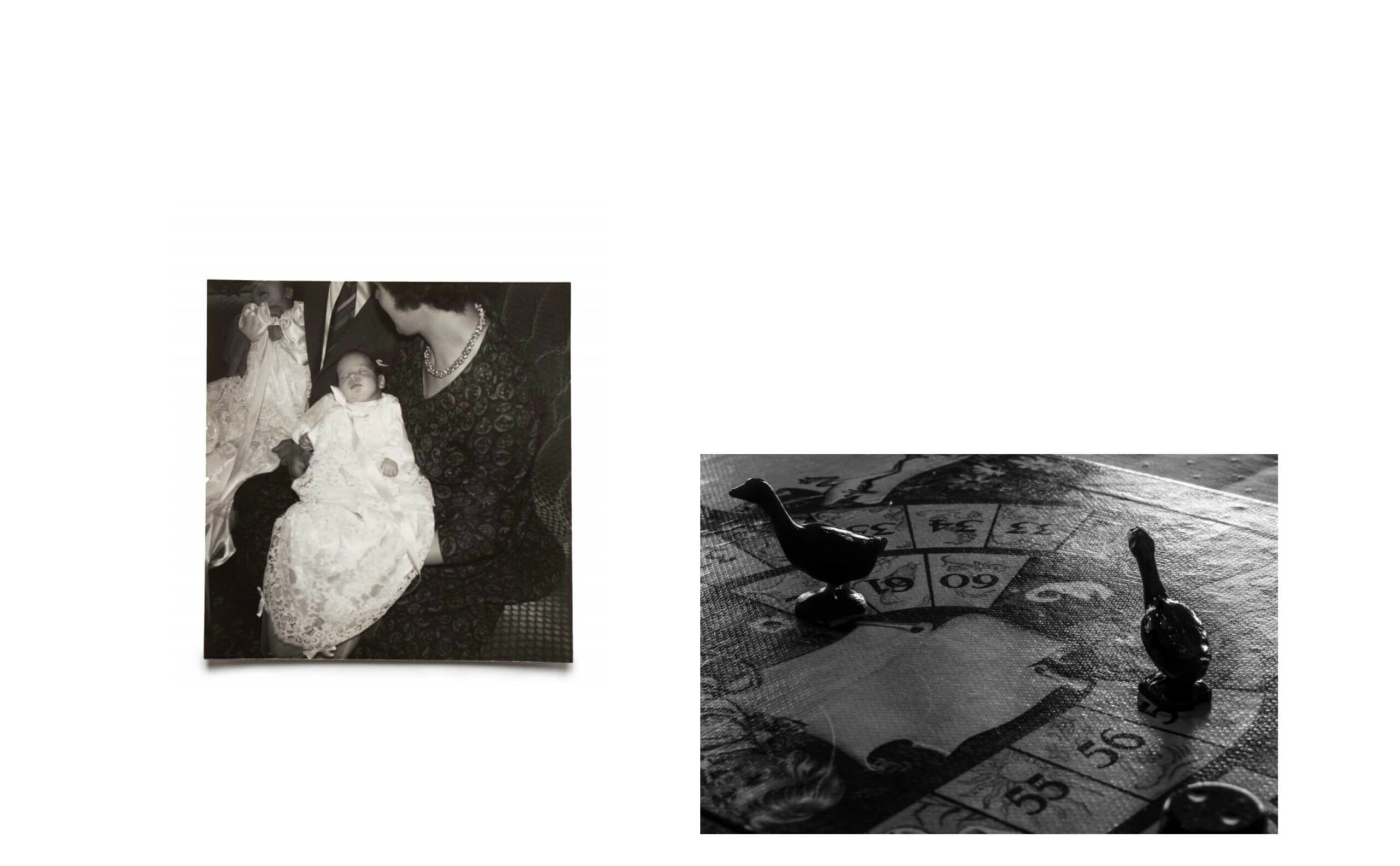 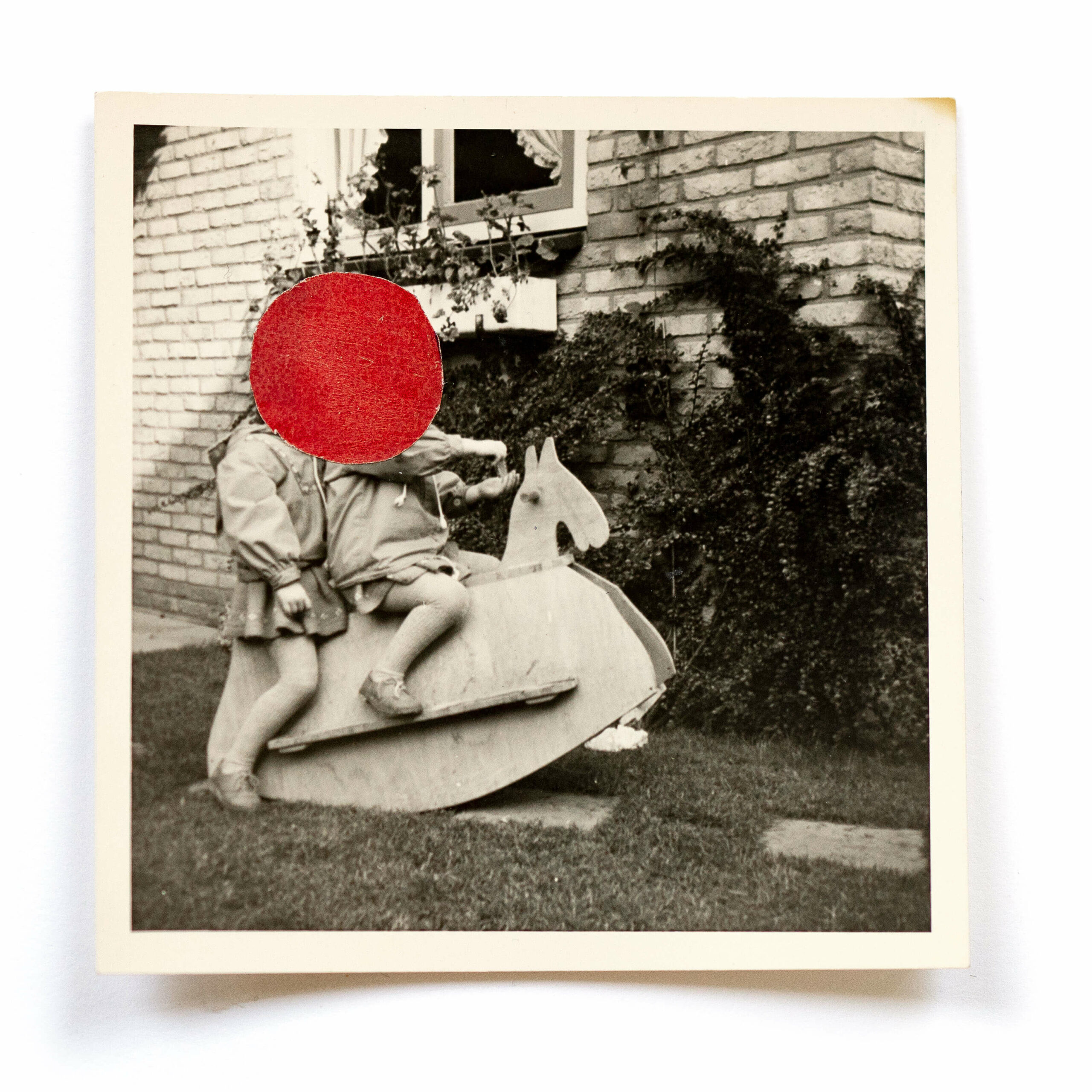 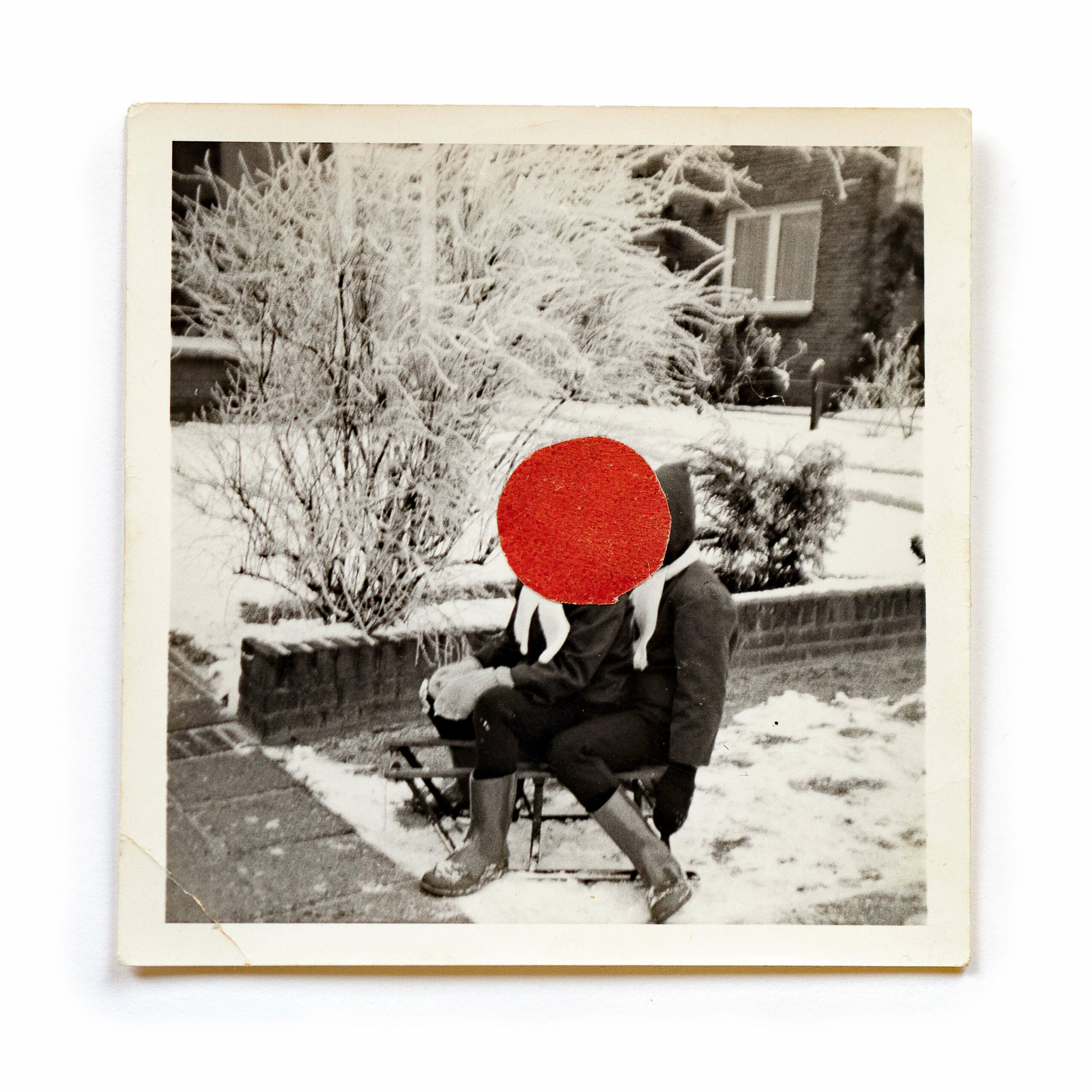 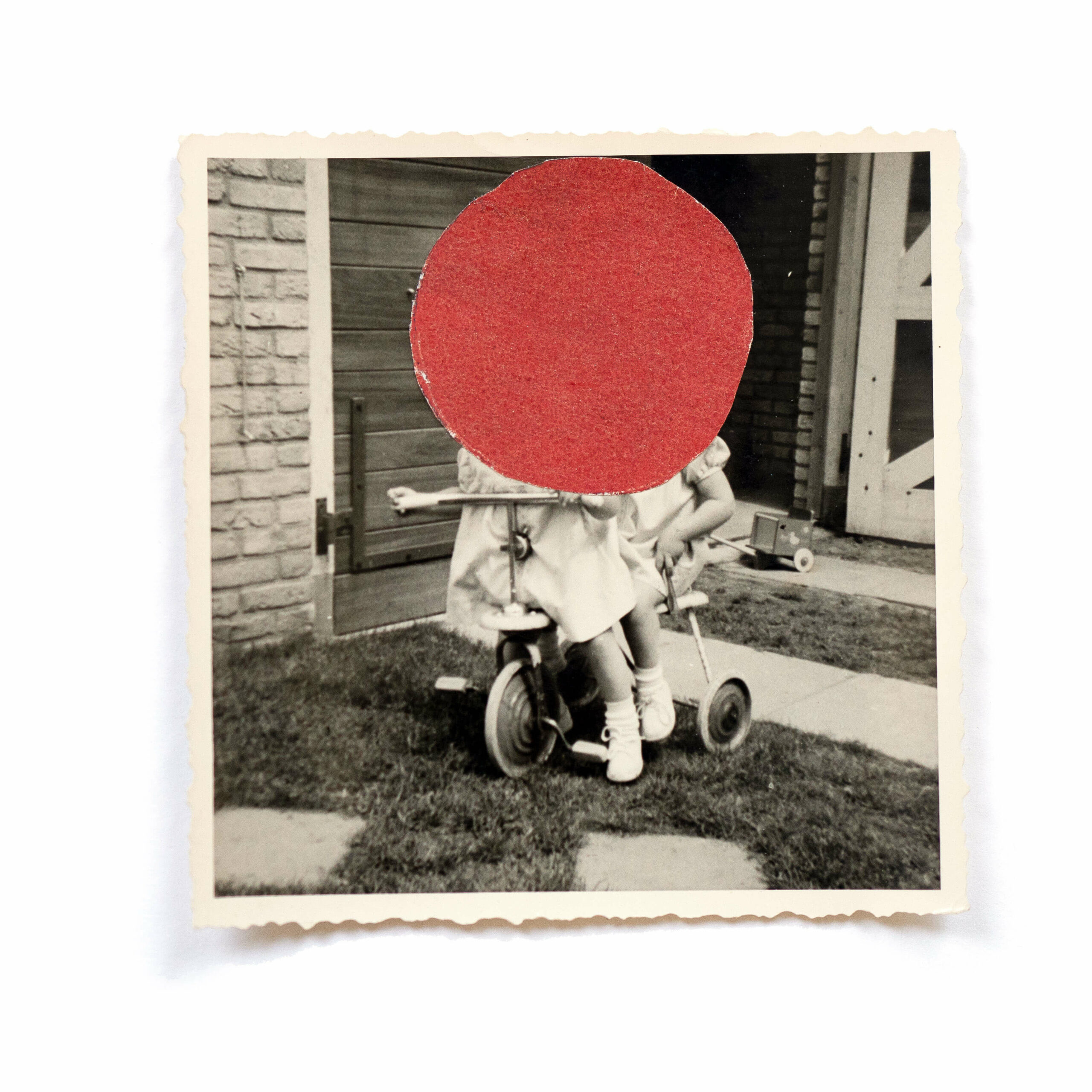 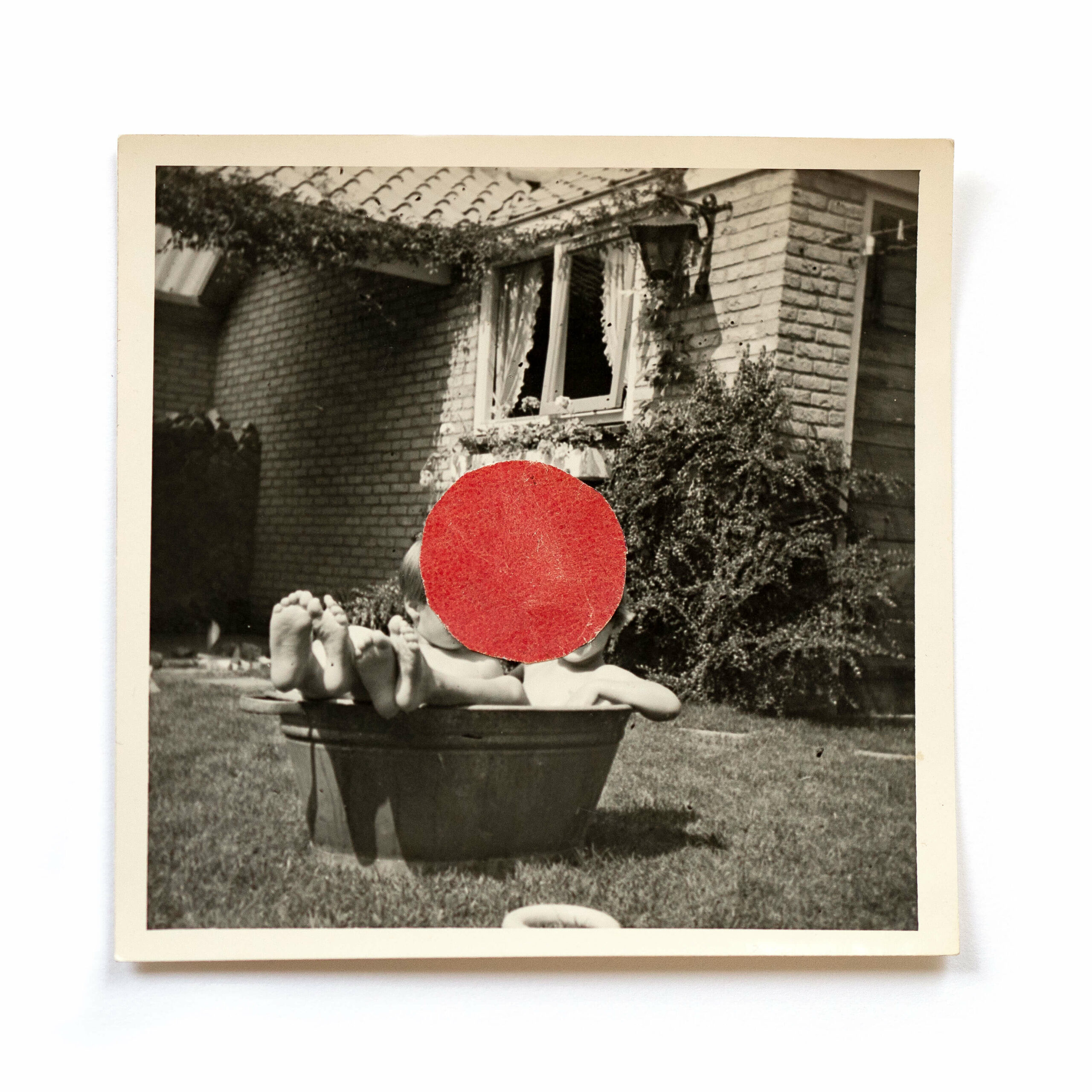 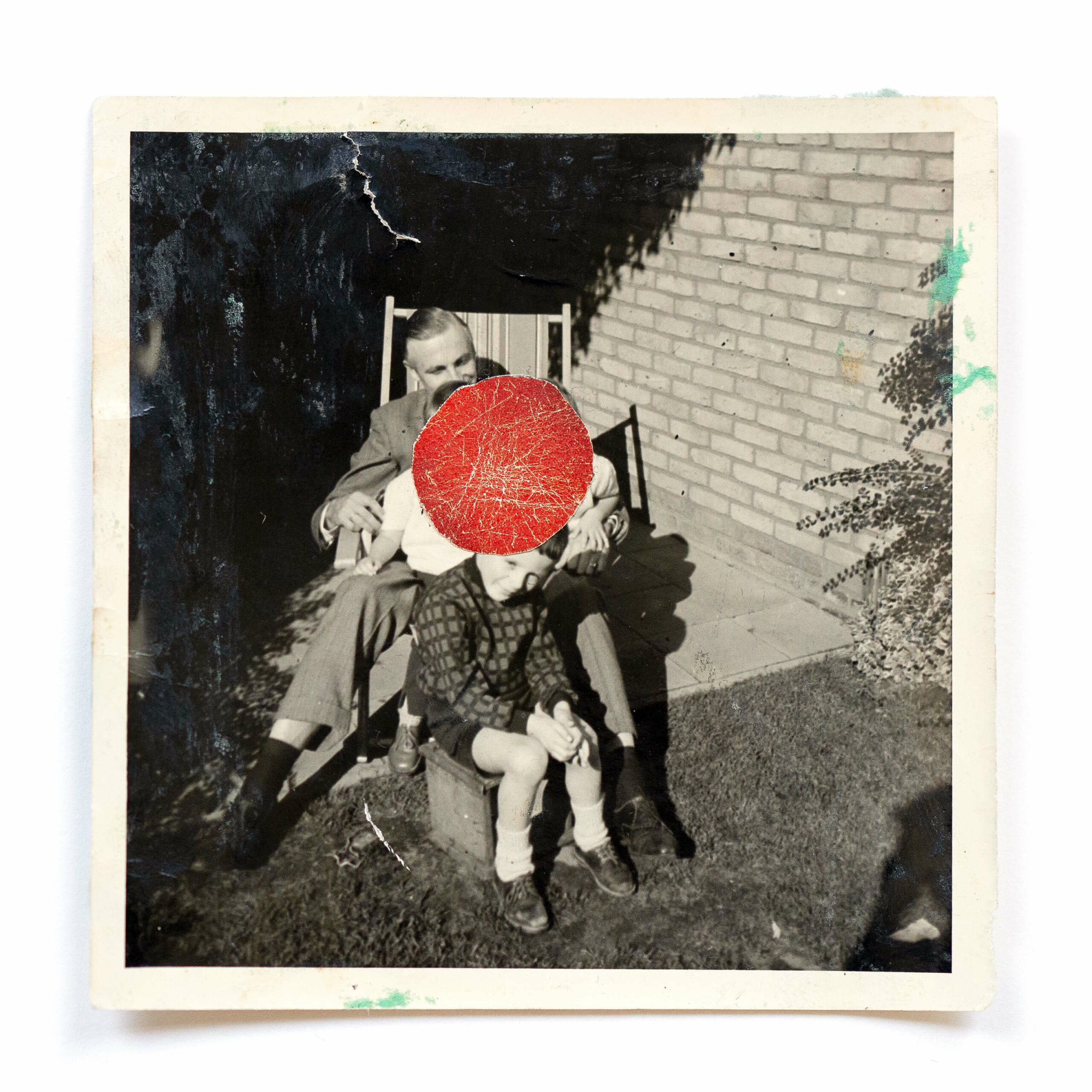 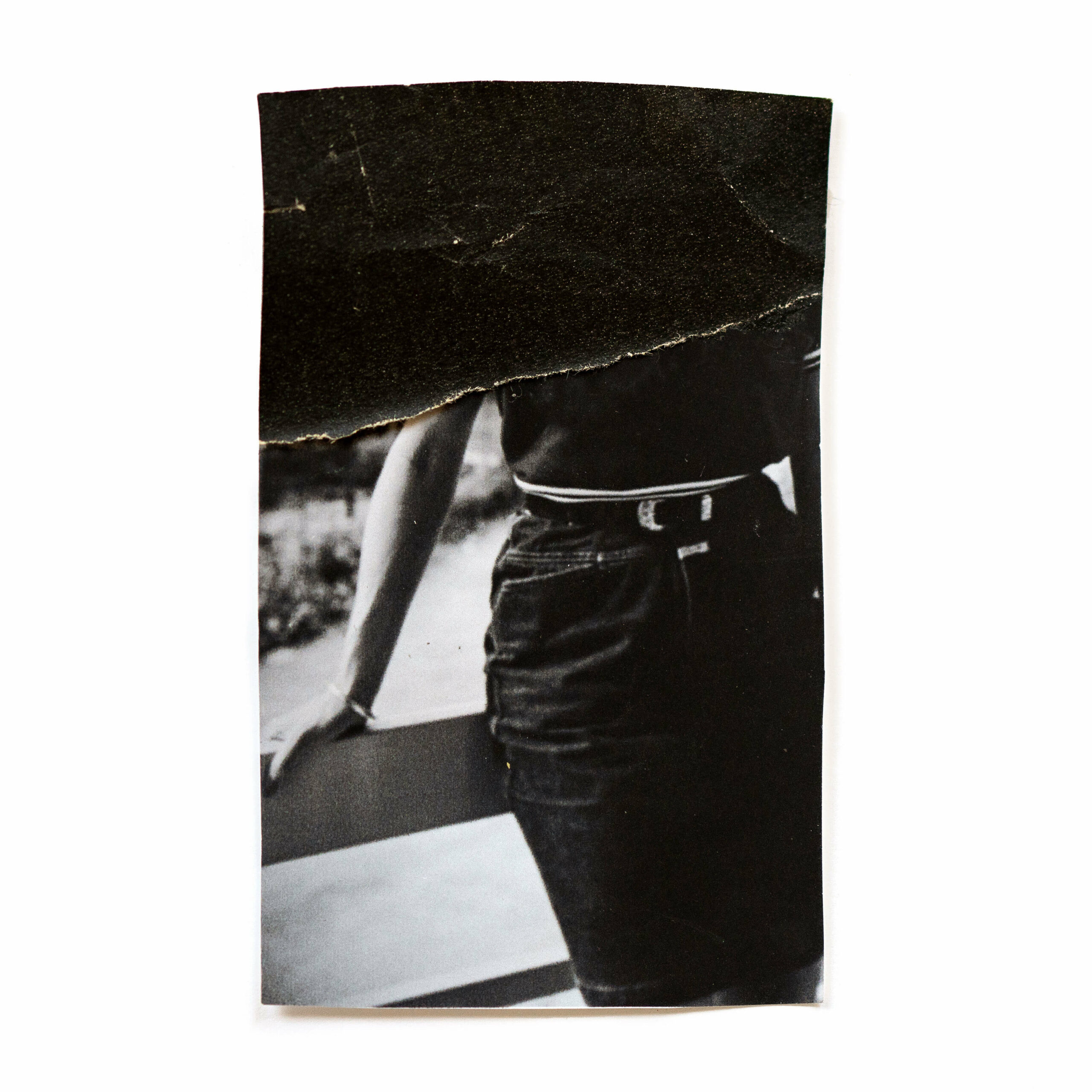 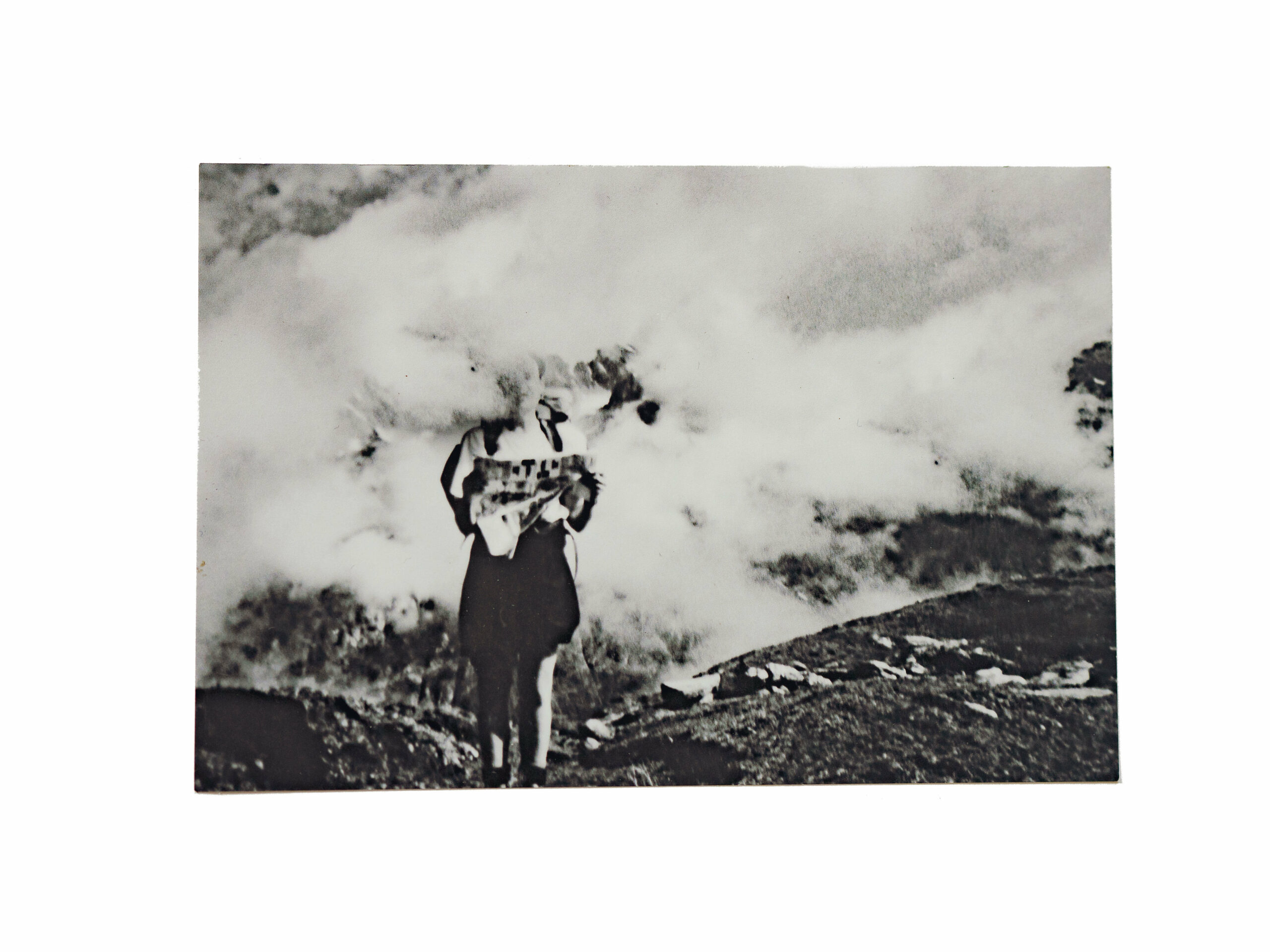 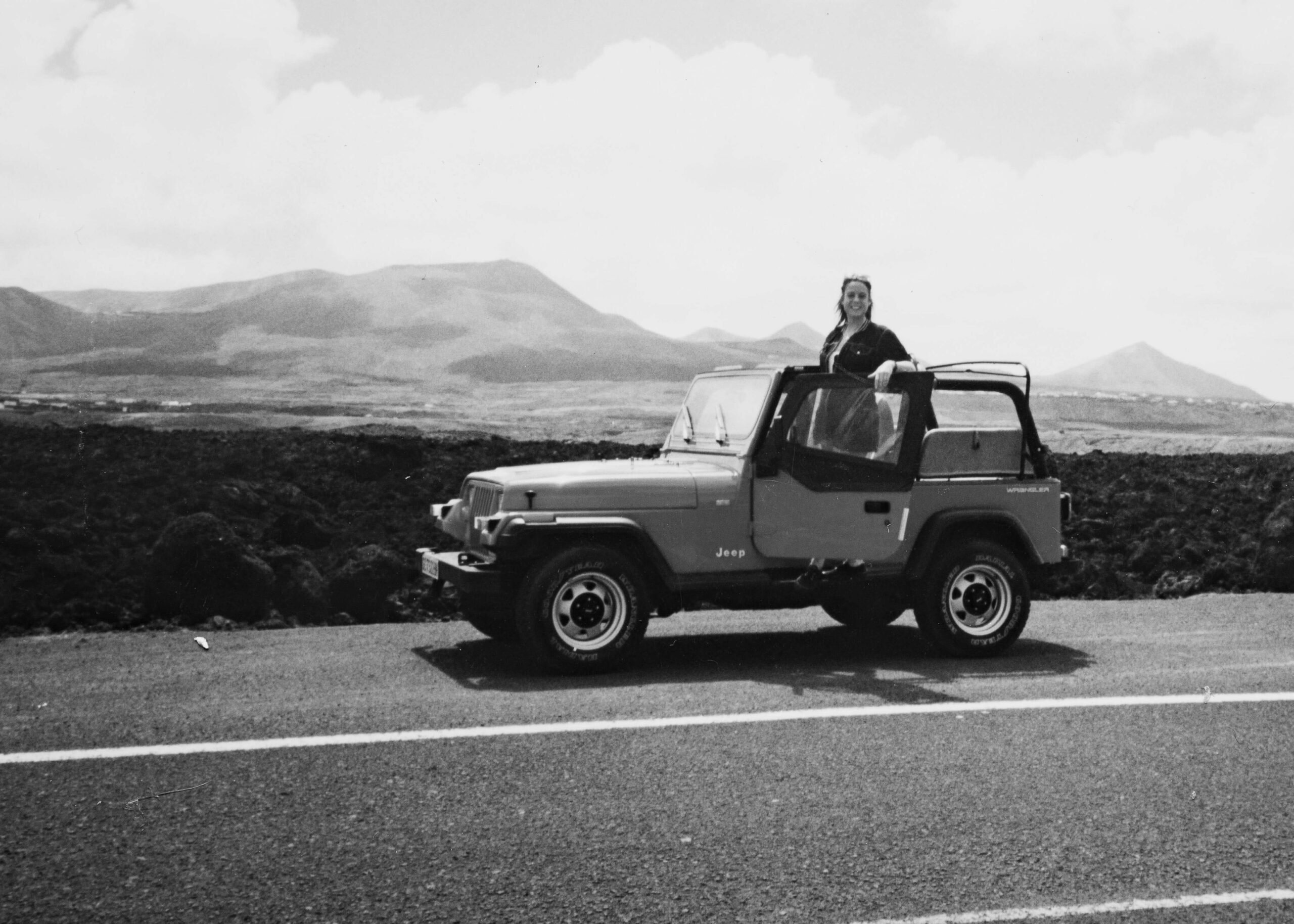 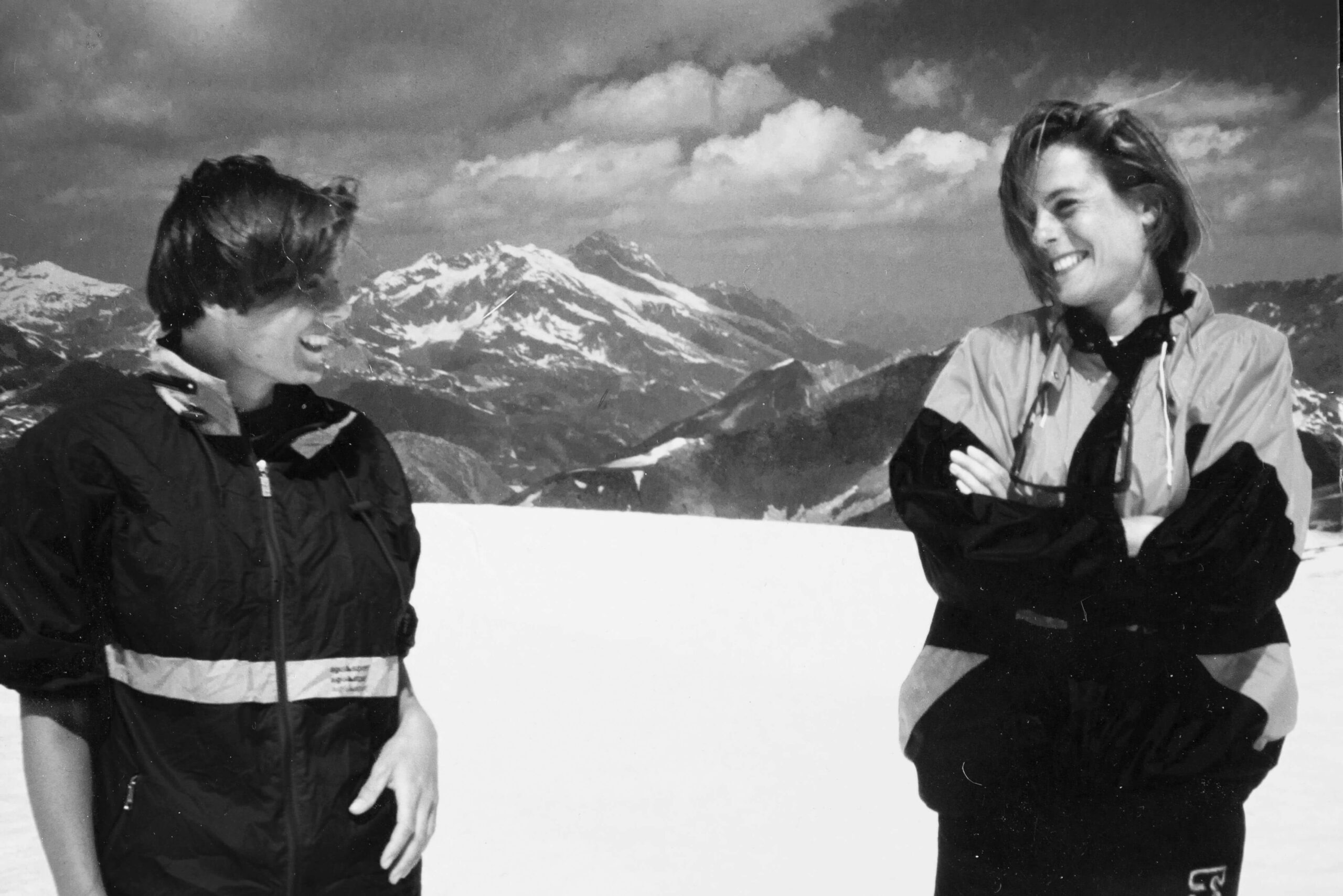 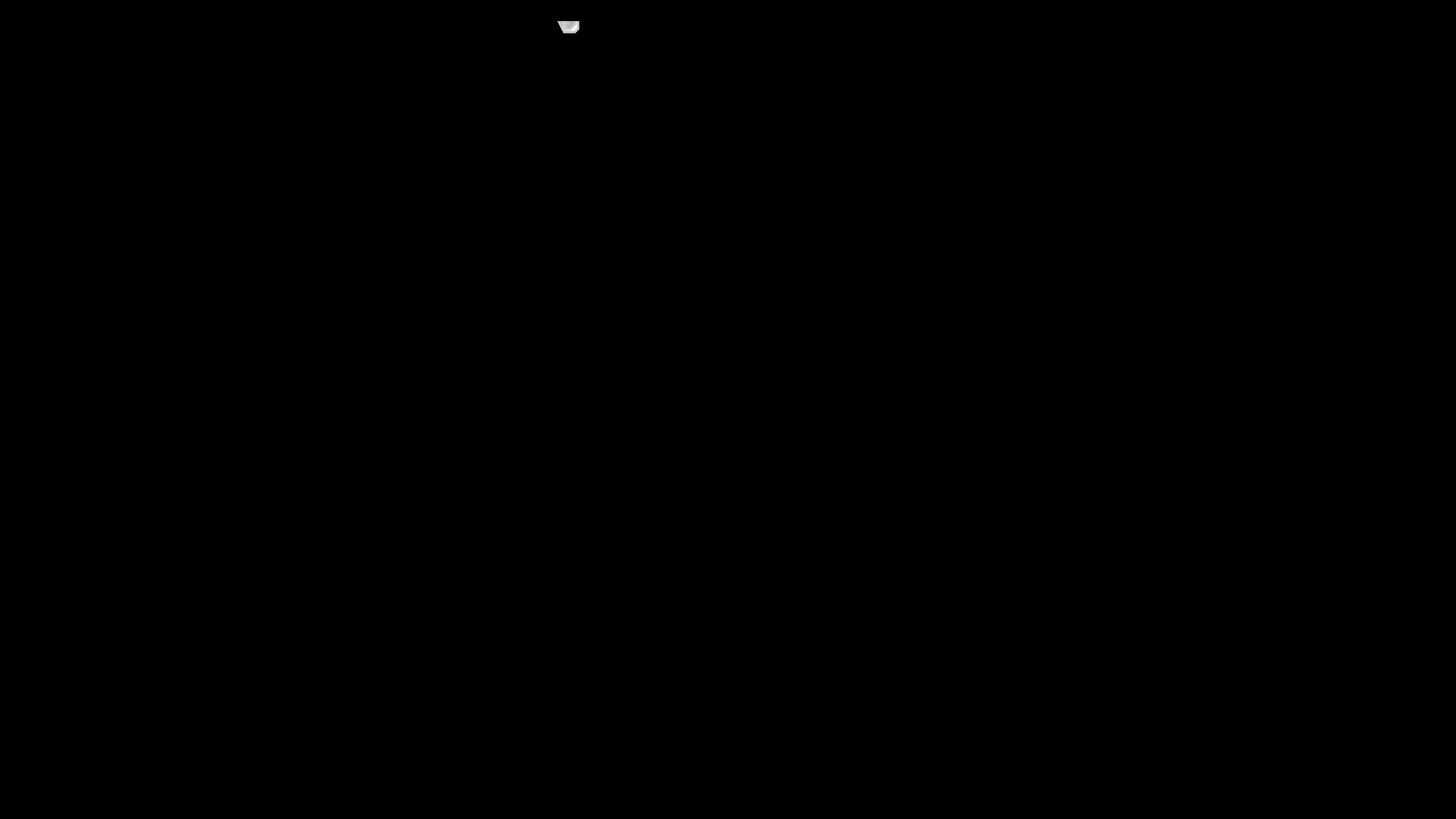 Because you and I

Finding your way in the world is a recurring theme in Berry van Galen’s work.

The project because you and I is about the search for her own identity as half of identical twins. The images question the duality that she herself feels, but which has also been imposed on them from an early age. Photos from the family album show how she and her sister were often thought of as one. One birthday cake, one bicycle and even food from the same plate. By manipulating them and zooming in on details, a story unfolds about the profound impact of such a connection. For example, the birthmark next to her right eye – which kept the sisters apart – grows into an all-important red dot. Letting go is an illusion; where does one end and the other begin?